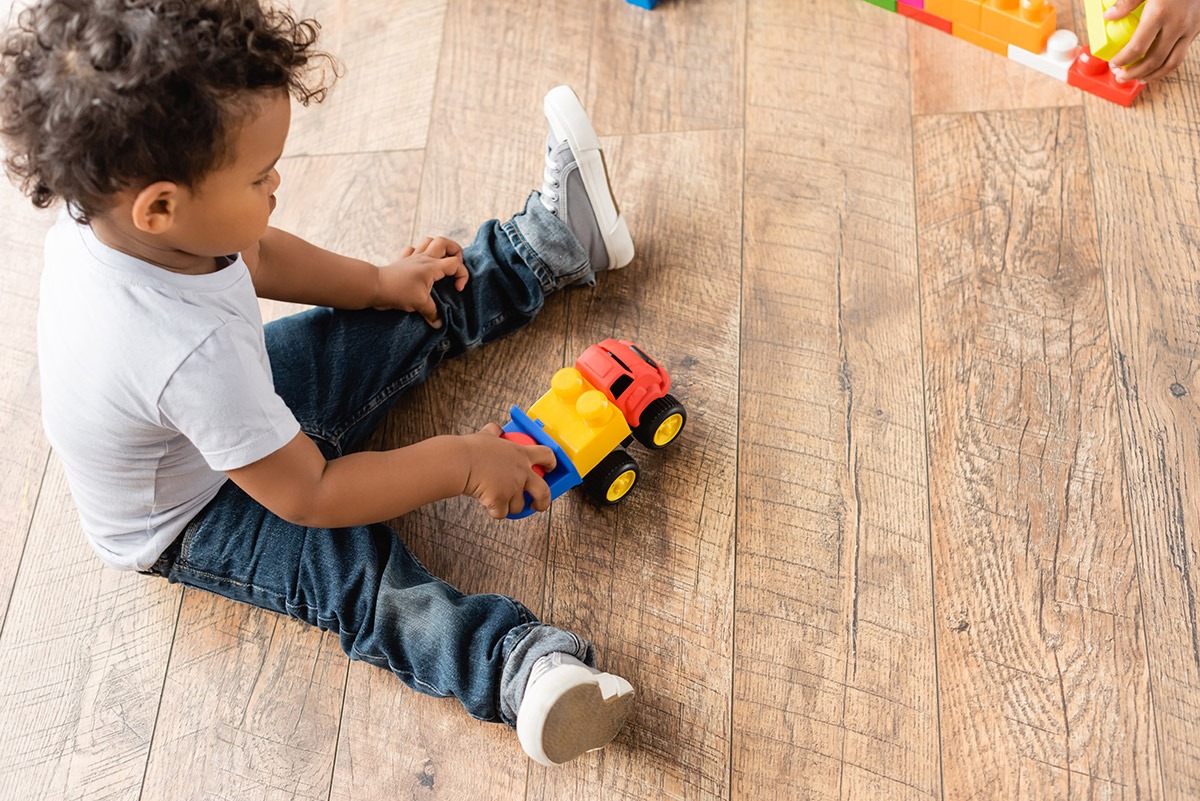 Just about every institution these days is looking for creative individuals. Adults who can innovate in high-quality ways and contribute to the progress of science, engineering and the arts.

Creative expressions start from an early age. Children express creativity through “pretend play” – an activity that involves using imagination and make-believe. They make up stories and ideas “from scratch” and use props like blocks or sticks to represent different ideas and objects – for example, a block becomes a telephone or monster.

The question is, does playing in such a way help children become more creative? And importantly, can parents and educators use play to boost creativity?

In order to study the link between pretend play and creativity, first we need to be able to measure pretend play.

So, in 1990, my research program developed a measure of pretend play. This program uses a scale, the “Affect in Play Scale,” that measures imagination and “emotional expression” in pretend play stories.

The children we work with are mostly between six and 10 years of age. We videotape them – when they are playing individually with puppets and blocks – for five minutes. We then score their play for imagination, quality of the story and amount of emotion expressed in the narrative. When working with preschool children – between four and five years – we modify the program to provide more toys and more instructions.

Our research shows that the amount and quality of imagination, story-telling skills and emotion expression that children show in pretend play is associated with creative thinking abilities.

Children who demonstrate better story-telling abilities in pretend play also show better “divergent thinking.” What this means is that when children are asked to think of different uses for many different objects, such as a button or a newspaper, they are able to come up with multiple uses for each.

Our research has shown that children who showed more imagination and emotion in their play are, in general, better divergent thinkers. Divergent thinking is associated with higher creative thinking abilities.

Not only that, when children show creativity in pretend play, it is highly likely they are creative in other ways as well. For example, when we went back to the same children four years later, we found those children had overall superior creative abilities.

Usually, none of these associations is linked with intelligence. Existing intelligence tests cannot measure the ability to engage in pretend play.

So, then the next question is, can we increase pretend play skills that, in turn, increase performance on creativity and other important tasks in child development?

A small body of research has found that when adults played with children in a way that could help with the pretend play, even for a brief time, it increased children’s imagination and creativity.

Theoretically, engaging in pretend play involves practice with abilities important in creative production such as making up a story from scratch, generating many and different ideas, recombining ideas into new combinations, expressing and recombining memories with emotional content, and problem-solving in new ways.

Research on children with developmental disabilities has shown how interventions can help increase imagination. For example, in a study with children on the autism spectrum (problems relating, imagining and expressing emotion) and children with Prader-Willi Syndrome (developmentally delayed with a strong focus on food), the support of an adult play partner increased imagination in play.

We observed similar results in my research with normally developing children as well. In 2003 and 2004, we carried out a pilot study with first- and second-grade children in a high-poverty neighborhood inner-city school.

Facilitated by an adult, children played with a variety of toys and made up stories with different content themes in five 20-30 minute sessions. They could make up a story about a boy going to the zoo, going to the moon, feeling sad because he lost his dog or feeling happy at a birthday party.

Each child received the same story beginning and had the same interactions with the adult. But the intervention also had enough flexibility so adults could tailor their involvement to the individual child’s level of play skills.

We had a control group as well, where an adult was involved in helping children only with coloring and puzzles. There was no imaginative play in the control group.

After five weeks of the play and control sessions, the children were assessed again. Children in the play groups increased their play skills and also increased creativity and coping skills when compared to the control group. It was important to make sure that children had fun at the play sessions.

Children five to eight years of age were studied in groups of four. The prompts by adults were similar to the individual play session. The play facilitators were careful to stress turn-taking in developing the stories, so that one child would not dominate the play.

Children were tested before and after the intervention.

Children in the play group made up stories and played with toys. The control group played with crafts and puzzles. After six weeks, children in the play group were found to have better imagination. What is interesting is that creativity increased on a “divergent thinking” task for children who had lower than average imagination in play when pretested.

This study is important because it demonstrated that a small group of children (four per group) who met weekly for six weeks, in a school setting, became more imaginative. And even children who were initially low in imagination in play improved on a creativity measure, compared to a control group.

The implication for school settings is that creativity can be enhanced in the classroom with group play that can be easily carried out.

What parents/teachers can do

These studies hold promise as they demonstrate that a brief play intervention can help children increase imagination and creativity through play. This intervention is easy to carry out and could be used in school settings by teacher aides or volunteers.

A large-scale study is needed to refine the intervention and gather information about how and which children can best benefit.

In my view, from what we currently know, parents and teachers can help children improve their creativity by playing with the child, enjoying play, demonstrating pretend and starting a story.

So the next time you are set to spend time with young children, come up with the beginning of a story and then let the children do as much as they can. When they get stuck, or get repetitive, engage with them and suggest what can happen next. Most important – have fun.