Family meals are good for the grown-ups, too, not just the kids 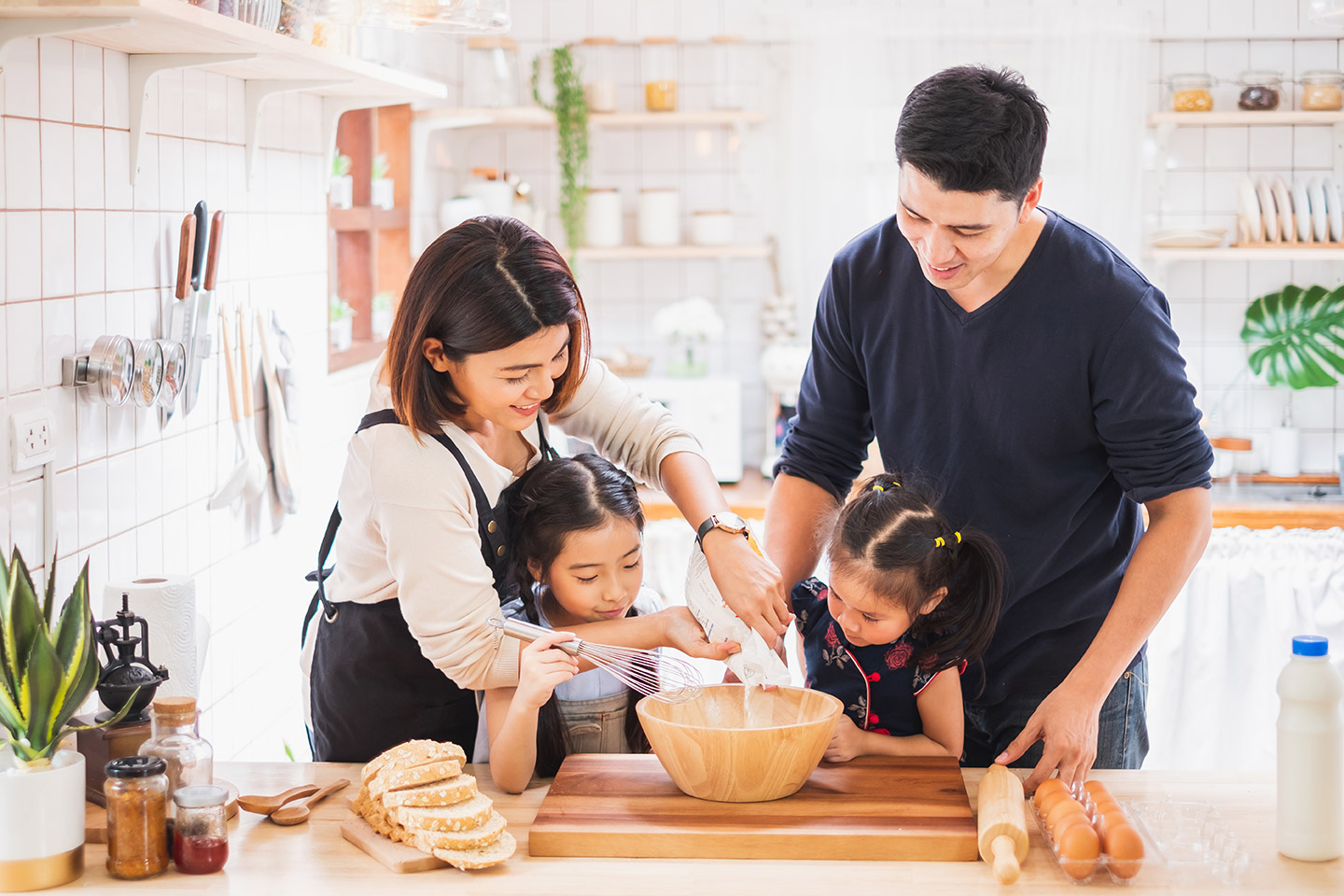 For all the parents feeling exhausted by the cooking, cleaning and planning of a million meals during the pandemic, there’s some good news. Commensality, or the sharing of food with others, is beneficial for your physical and mental health.

Most parents already know that family mealtimes are great for the bodies, the brains and the mental health of children. More than two decades of studies reveal that kids who eat with their families do better in school and have bigger vocabularies. They also have lower rates of depression, anxiety and eating disorders, as well as healthier diets and better cardiovascular health.

But what may come as unexpected news to beleaguered parents is that these same shared meals are also good for adults. Across the life span, from young parents eating with toddlers to parents talking about pandemic-coping strategies with their school-age kids and Medicare-eligible adults eating with younger generations, shared meals are associated with healthier eating and better mood.

Healthy for all adults, but especially for parents

For adults, both with and without children, there are numerous health benefits to eating with others. Even unrelated adults, like firefighters, have enhanced team performance when they cook and eat together as they await the call to action.

On the flip side, researchers have found that eating alone is associated with an increased likelihood of skipping meals and the downstream effects – lower intakes of nutrients, reduced energy and poorer nutritional health.

Regardless of parental status, adults who eat with others tend to eat more fruits and vegetables and less fast food than those who eat alone. Even when a home cook isn’t particularly focused on healthy cooking, home-cooked meals lower the odds that adults will be obese. Large portion sizes, the embrace of fried foods and a heavy hand with butter are more common at restaurants than in a civilian’s kitchen.

Adults who park their dinner plates in front of the television may have a greater chance of weight gain, just as evidence from the U.S., Sweden, Finland and Portugal supports the connection between obesity and kids’ eating dinner while watching TV.

In addition to these benefits of dining with others, there are additional boosts for adults who eat with their children – and they pertain equally to mothers and fathers. When kids are present at mealtime, parents may eat more healthily, perhaps to model good behavior and provide the best nourishment they can to their kids. When there is plenty of conversation with kids chiming in, the pace of eating slows down, allowing diners’ brains to register fullness and signal that it’s time to stop eating.

For kids, eating more family meals is associated with lower rates of obesity. The act of eating with others does not correlate with reduced weight gain in adults, though – unless their dining companions include children. Parents who dine with their kids also tend to report less dieting and binge-eating behavior. Parents may dial back some of these destructive behaviors when they know their kids are watching and ready to imitate.

Despite all the work, a boost for mental health

It may seem counterintuitive that a process that demands so much time and resources – the energy to plan the meal, shop for it, prepare it, serve it and clean up after – could also lead to boosts in mental health. Much more obvious is how kids would benefit from their parents’ demonstrating their love and care by providing nightly dinners.

But researchers have found that having frequent family meals is associated with better mental health for both mothers and fathers, despite mothers’ carrying more of the burden of meal prep. Compared with parents who rarely ate family meals, parents who regularly dined with their kids reported higher levels of family functioning, greater self-esteem and lower levels of depressive symptoms and stress.

And mental health benefits don’t depend on a slow-roasted pork shoulder or organic vegetables. Since it’s the atmosphere at the dinner table that contributes most significantly to emotional well-being, takeout or prepared food eaten at home will work nicely too.

In an earlier study of parents of infants and toddlers, couples who attached more meaning and importance to family meals were more satisfied with their marital relationship. It’s unclear in which direction the causality goes. Is it that those in more satisfying marriages gravitate toward creating daily rituals? Or that enacting daily rituals leads to more robust relationships? In either case, the establishment of meaningful rituals, like shared mealtime, during early stages of parenthood may add some predictability and routine at a time of life that can be very busy and fragmented.

Just as for children, family dinner is the most reliable time of the day for adults to slow down and talk to others. It’s a time to step away from video calls, emails and to-do lists, and instead connect face to face. Dinnertime often allows for a few laughs, a time to decompress and also to solve logistical problems and talk about the day’s events and what tomorrow holds.

Family meals are a COVID-19 habit to keep

For parents taking the long view, there is another perk to family dinner. When adolescents grow up having regular family dinners, they are much more likely to replicate that practice in their own homes when they become parents. Adults who reported having had six to seven family meals a week as a child went on to have frequent family meals with their own children. Family dinner and its benefits may be an heirloom you pass along to future generations.

Shared mealtime, however, is not equally accessible to all. Frequent family dinners are more common among white Americans, those with higher levels of education, married people and those with household incomes that are middle class or higher. While family meal frequency in the U.S. remained quite steady overall from 1999 to 2010, it decreased significantly (47% to 39%) for low-income families while increasing (57% to 61%) for high-income families. This gap can be understood in terms of structural disparities: Low-income parents often have less control over their work schedules and may need to juggle more than one job to make ends meet.

[Get the best of The Conversation, every weekend. Sign up for our weekly newsletter.]

As people now tiptoe back to living more expansively, many are reflecting on what they learned during the pandemic that might be worth holding on to. There is some evidence that more families ate more meals together during the COVID-19 pandemic than ever before. Some families who didn’t prioritize eating together pre-pandemic may emerge from the past year with a new appreciation of the joys of commensality. Of course, others may already be bookmarking all their favorite restaurants, eager to have chefs cook for them after feeling depleted by so much home labor.

But parents may want to remember that the science suggests shared mealtime is good for the mental and physical health of each member of the family. As people start to heal from this past year of loss, disruption and anxiety, why not continue to engage in nourishing practices that are helpful to all? In my family therapy practice, it will be a top recommendation.